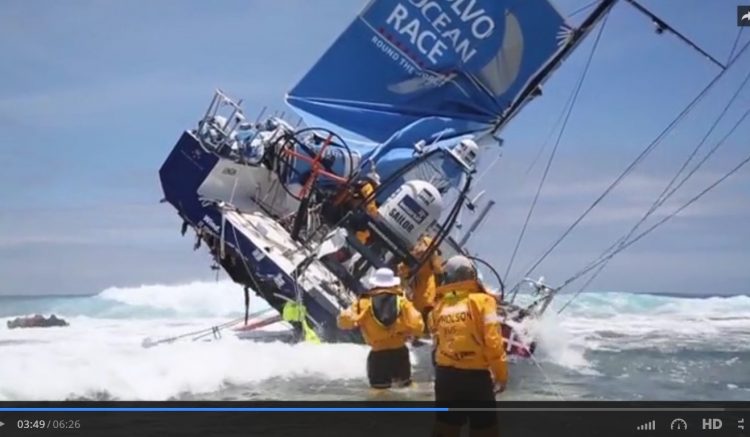 Since Galaxy III ran aground on Inset Reef on 12th May, I have been giving some thought to how I could mitigate the risk of something similar happening again.

I have also reviewed some of the media on the Volvo 65 Team Vesta Wind grounding in the Indian Ocean in 2014, to see what could be learned from the experience of a professional racing crew;

For Team Vestas Wind, the primary error was using electronic charts at too high a resolution to see the Cardagos Carajos Shoals that were hit.  The shoals were also visible on paper charts at all scales and these were not referenced in the passage planning.  There were a series of secondary errors that compounded the primary error as well as measures that could have mitigated the primary error, including a plotter alarm, radar and depth alarm.

Toward the end of the first video, the skipper, Chris Nicholson, says that while he has overall responsibility, he cannot be 100% on top of every role and you must trust the person to fulfil their individual role.   That trust came at a high price in terms of the impact of withdrawing from the race, the cost of losing the boat and putting the safety of the crew at risk.

Humans are going to make mistakes, both when fully rested and more so when they are fatigued and/or under the pressure of a race.  Layers of supervision are impractical and still leave room for human error.  One of the key take outs from Elaine Bunting’s article is the use of aviation style checklists.  This makes a lot of sense to me – a checklist is a good way to ensure there is conscious and objective focus at appropriate intervals.

I had already begun developing a series of checklists for Galaxy III and regrettably, the experience of a grounding was the catalyst to put deeper thought in to a checklist for managing watches. This document is ‘live’ as they say and will evolve with use and experience.  It’s a definite improvement to improve safety during passages.  Any thoughts, comments or feedback are invited.